After a brief but lovely stay in Oklahoma City with a couple of awesome Savannah/Bengal cats and a cool lady called Kim, we set out on a crisp, bright morning on our 1000+km drive to Denver, CO. We stocked up on Starbucks, where the young man in line behind us asked if we were from Canada, to which we answered yes, and if it was our first time in Oklahoma, also a yes, and what we were doing so far from home. Surprisingly, the guy in the gas station across the street gave Leah a similar Q&A period….apparently Canadians do not often drive to Oklahoma.

There was a dusting of snow on the fields, but the roads were bare and well, and we began the slow climb northwards to Kansas. By climb, I do not refer to the elevation, as this appeared to get no higher than a few rolling hills. The scenery was monotonous, but there was something beautiful about it, with the yellowy fields set against a bright blue sky. We saw some windmill, twirly looking things, and some pump looking things, working away, and both concluded this was exactly how we expected Oklahoma to look (same in Kansas later on). I also got hit on by a less than 2 year old in a gas station. He fist-bumped me. It was a special moment. Pretty sure he’ll grow up to be a heartbreaker!

There were the usual assortment of decrepit old buildings and rusty vehicles/metals along the way throughout, in addition to what we thought were office buildings the first few times we approached, but soon learned that they were grain silos, or something of the ilk. We commenced with some CRNE studying once we’d had our fill of field views, while we were bright and fresh and full of coffee. 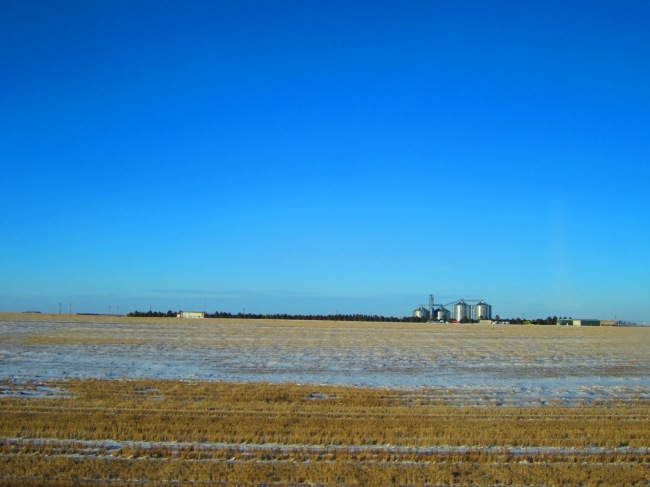 We hung a left at Salina, KS, and continued straight on to Denver, stopping several times along the way, mainly for that addictive brown beverage we love so dearly. Kansas has the wonderful bonus of having highway speeds of 75mph, or roughly 121km/h which makes the long day somewhat more tolerable. Kansas was notable for such towns as Kanorado (the couple name of Kansas and Colorado, clearly), and Colby (my cousin’s name). We also saw llamas (or maybe they were alpacas). There are also a large number of moo-moos, which I seemed to point out an awful lot. Luckily Leah is tolerant! We continued to marvel at the large number of billboards advertising the local “adult” store…and I’m just now realizing that the large number of God-type billboard signs may or may not be in counteraction of these adult stores… 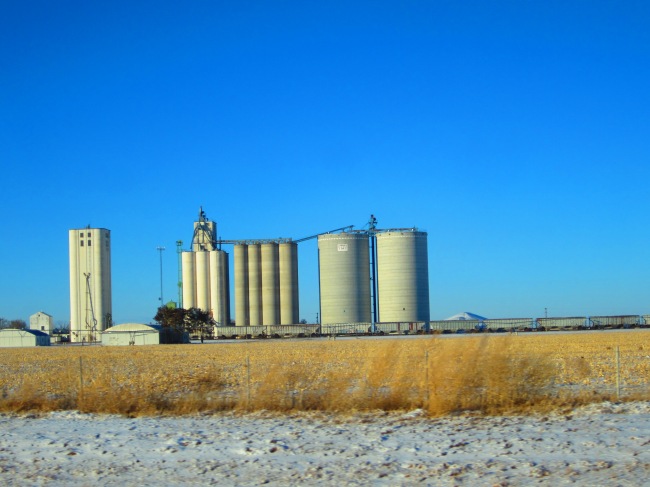 We stopped at this cool diner in Kansas….or was it Colorado….they all kinda started to blur into one…anyhow, it was called the I-70 diner, and was SO cool! Filled with memorabilia, very typically diner looking (ie red vinyl booths with black and white flooring. Leah has just informed me it was near Flagler, CO, and she remembers this because as we were eating our quesadillas, we drove through Arriba, CO…. quite fitting, we thought.

We made it to Denver around 5:45, which saw us stuck in traffic, the only drawback of travelling on a weekday. We were happy to arrive at Liza’s, where we soon enjoyed a homemade stirfry dinner and some delicious Angry Orchard cider!